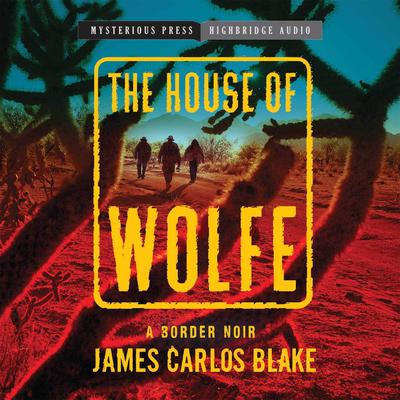 The House of Wolfe: A Border Noir

On a rainy winter night in Mexico City, a ten-member wedding party is kidnapped in front of the grooms family mansion. The perpetrator is a small-time gangster named El Galan, who wants nothing more than to make his crew a major cartel and hopes that this crime will be his big break. He sets the wedding party's ransom at five million US dollars, to be paid in cash within twenty-four hours.

The only captive not related to either the bride or the groom is the young Jessica Juliet Wolfe, a bridesmaid and close friend of the bride. Jessie hails from a family of notorious outlaws that has branches on both sides of the border, and when the Wolfes learn of Jessie's abduction, they fear kidnappers will kill the captives after receiving the ransom—unless they rescue Jessie first.

Gritty and exhilarating, The House of Wolfe takes readers on a wild ride from Mexico City's opulent neighborhoods to its frenetic downtown streets and feral shantytowns, as El Galan proves how dangerous it is to underestimate an ambitious criminal, and Jessie's blood kin desperately try to find her before it's too late.

“James Carlos Blake is a master of the nail-biting thriller and the literary novel. The promise of his early work comes to full maturity in The House of Wolfe, a story as contemporary as a CNN soundbyte and as old as human conflict itself, with a climax that howls with the triumph of the primitive.” —Loren D. Estleman, award-winning author of You Know Who Killed Me
“A writer with as many fine and wonderful skills as those possessed by James Carlos Blake should be well known and embraced. He has for a long time now been delivering novels set in the recent and less recent American past, thrilling stories of great power and insight, and with The House of Wolfe he brings all those same qualities to a novel of the harrowing present down along the border.” —Daniel Woodrell, author of Winter’s Bone