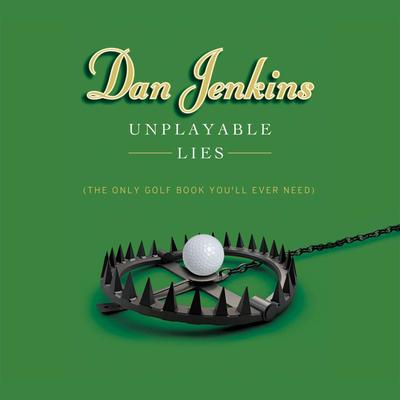 Unplayable Lies: The Only Golf Book You'll Ever Need

Thirty-eight essays on golf—the game that no one has ever covered the way Dan Jenkins covers it. Half of the essays are brand new, the others are all reworked and rewritten, based on pieces that were originally published in Golf Digest. Often biting, usually cranky, always hilarious and surprising, this is Dan Jenkins at his best, writing about the sport he loves the most.

Dan Jenkins is one of America's most acclaimed sportswriters as well as a bestselling novelist. In 2012 he was inducted into the World Golf Hall of Fame—one of only three writers to be honored thus far—and was given the Pen Lifetime Achievement Award for Literary Sports Writing. He is also the 2013 winner of the Red Smith Award, the highest honor in his profession.