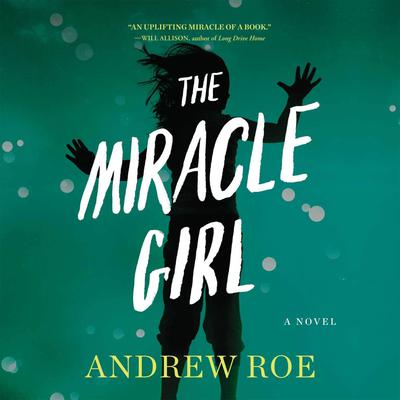 The Miracle Girl: A Novel

A multi-faceted, multi-voiced debut novel that is at the same time personal and heartfelt—chronicling a family in flux, trying to find their individual and collective way—and also tells a larger, cultural story, one of our time, of how we live and hope and dream now.

A car accident has left young Anabelle Vincent in a coma-like state—unable to move or speak. Her mother spends her days and nights taking care of her frozen child, but Anabelle's father has left: unable to cope, broken under the responsibility of having been the car's driver. Then, one day, a visiting friend experiences what seems like a miracle. She thinks it's because of Anabelle. Word spreads. There are more visitors. More miracles. But is there a connection? And does it matter? Will Anabelle ever wake up, and if she does, will the miracles cease?

Andrew Roe has crafted an intricate story, told by Anabelle, her parents, and the visitors, who include neighbors, a priest, the affluent and the downtrodden. What becomes clear is that life's cruelties show no prejudice, but becoming a believer—in something, anything, even if you don't understand it—can bring salvation.

More than a novel about a family in crisis, THE MIRACLE GIRL tells a larger cultural story, of how we live and hope and dream.

“Andrew Roe’s novel struggles to contain the breadth of the author’s talent. There is a precision and purpose in each sentence. The characters are steeped in complexity. These are people we all know, struggling with both the familiar and the magnificent. A stunning and captivating debut.” —Jason Mott, New York Times bestselling author of The Returned
“An incisive and insightful critique of America at the millennium and today, investigating where we put our faith and why…This is a novel about what it means to be human, to seek connection and hope and maybe even transcendence in the world around us.” —Doug Dorst, New York Times bestselling co-author of S
“Personal tragedy meets the tragedy of our time in Roe’s winning debut novel…Roe’s story, with its careful unfolding, looks behind the psychology of the ‘victim soul’ to examine why it is that needful people crave miracles in the first place…Though an old question, Roe’s story feels just right for our desperate and despairing time, when a miracle—any miracle—will do, and when Anabelle may have been better off, after all, not to know what was going on on this side of the curtain…Lively, pitch perfect, and assured. Readers will be wanting to hear more from this writer.” —Kirkus Reviews (starred review)
“The story unfolds through several perspectives, including those of Karen and John, the neighbors across the street, the author of the online newsletter The Smiling Skeptic, a physical therapist, a retiree whose wife has lung cancer, a Catholic priest, and even Anabelle herself. Roe’s exploration of the need for belief makes for a strong debut.” —Booklist
“To believe or not to believe—that is the question facing all who are touched by the comatose ‘miracle girl’ at the swirling center of Andrew Roe’s dazzling debut. But more than an exploration of the mysteries of faith, it’s also the unforgettable story of one family’s struggle against tragedy. The result is an uplifting miracle of a book.” —Will Allison, author of Long Drive Home