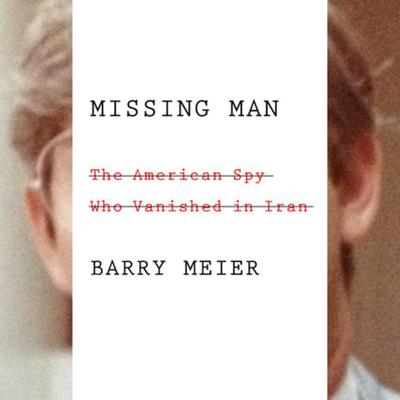 Missing Man: The American Spy Who Vanished in Iran

In late 2013, Americans were shocked to learn that a former FBI agent turned private investigator who disappeared in Iran in 2007 was there on a mission for the CIA. The missing man, Robert Levinson, appeared in pictures dressed like a Guantánamo prisoner and pleaded in a video for help from the United States.

Barry Meier, an award-winning investigative reporter for the New York Times, draws on years of interviews and never-before-disclosed CIA files to weave together a riveting narrative of the ex-agent's journey to Iran and the hunt to rescue him. The result is an extraordinary tale about the shadowlands between crime, business, espionage, and the law, where secrets are currency and betrayal is commonplace. Its colorful cast includes CIA operatives, Russian oligarchs, arms dealers, White House officials, gangsters, private eyes, FBI agents, journalists, and a fugitive American terrorist and assassin.

Barry Meier was the first journalist to shed a national spotlight on the abuse of OxyContin. He was a member of the New York Times reporting team that won the 2017 Pulitzer Prize for International Reporting. Meier is also a two-time winner of the George Polk Award. His reporting at the Times has concentrated on the intersection of business, medicine and the public’s health. During his career, he has exposed the dangers of various drugs and medical products, including a defective heart device and a generation of flawed artificial hips. Meier is the author of A World of Hurt and Missing Man. He lives in New York with his wife and their daughter.