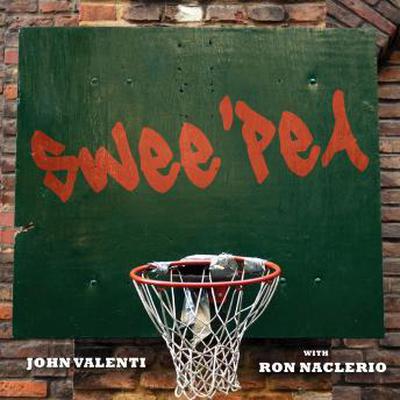 Swee'pea: The Story of Lloyd Daniels and Other Playground Basketball Legends

By John Valenti  and Ron Naclerio
Read by Mirron Willis

Lloyd Daniels learned to hoop on the playgrounds of Brooklyn and Queens during the 1980s. “Swee'pea” they called him. His rep on the court traveled all the way to the Bronx, and across the country, earning him enthusiastic comparisons to the likes of Magic Johnson. Swee'pea was sure to make it to the big time and out of a New York City where drugs and violence had gripped many of its neighborhoods. Eventually he did, leaving the city's asphalt courts for the shiny hardwoods of NCAA programs, minor pro-leagues, and eventually the NBA. He took with him, however, a drug habit, a learning disability, and a reputation for self-destruction.

John Valenti is an award winning and nine-time Pulitzer-nominated reporter, having worked over three decades for Newsday. He had a featured role in the Emmy Award-winning 2013 ESPN 30-for-30 documentary Big Shot. Valenti lives with his family in Elmhurst, New York.

Ron Naclerio is the winningest high school basketball coach in New York City having led the Cordozo High School basketball team in Queens, New York since 1981. A former baseball prospect at St. John’s University, he played outfield on a team that went to the 1978 NCAA College World Series.