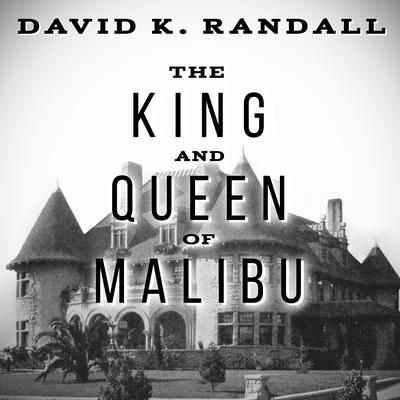 The King and Queen of Malibu: The True Story of the Battle for Paradise

Frederick and May Rindge, the unlikely couple whose love story propelled Malibu's transformation from an untamed ranch in the middle of nowhere to a paradise seeded with movie stars, are at the heart of this story of American grit and determinism. He was a Harvard-trained confidant of presidents; she was a poor Midwestern farmer's daughter raised to be suspicious of the seasons. Yet the bond between them would shape history.

The newly married couple reached Los Angeles in 1887, and within a few years Frederick, the only heir to an immense Boston fortune, became one of the wealthiest men in the state. After his sudden death in 1905, May spent the next thirty years fighting off some of the most powerful men in the country to preserve Malibu as her private kingdom. Her struggle, one of the longest over land in California history, would culminate in a landmark Supreme Court decision and lead to the creation of the Pacific Coast Highway.

The King and Queen of Malibu traces the path of one family as the country around them swept off the last vestiges of the Civil War and moved into what we would recognize as the modern age.

David K. Randall is the New York Times bestselling author of Dreamland and a senior reporter at Reuters. A California native, he now lives outside of New York City.