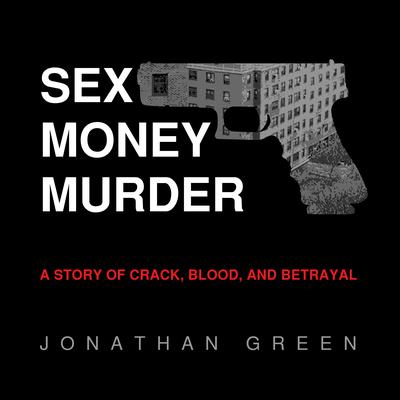 Sex Money Murder: A Story of Crack, Blood, and Betrayal

Chronicling the rise and fall of Sex Money Murder, one of the most violent and notorious gangs of its era, and of the dedicated detectives and prosecutors struggling to stem the tide of violence, reporter Jonathan Green creates a visceral and devastating portrait of a New York City borough. In the late 1980s and early 1990s, the Bronx had one of the highest per capita murder rates in the country. The reason was simple: as the use of crack cocaine surged, replacing heroin as the high of choice, dealers and gangs staked claims to territory and consumers through intimidation and murder, and families found themselves fractured by crime and incarceration. Based on years of research and extraordinary access to former gang members, Green creates an epic character-driven narrative, drawing on first-person interviews, police reports, and court transcripts to offer a unique and engrossing work of gritty urban reportage. Magisterial in its scope, Sex Money Murder offers an extraordinary perspective on modern-day America.

Jonathan Green, an award-winning journalist, has written for the New York Times, Men’s Journal, Esquire, GQ, Financial Times Magazine, Men’s Health, and the Mail on Sunday, among others. In 2007, the American Society of Journalists and Authors awarded him first prize for reporting on gold mining in West Africa. Never shy of demanding assignments, he has reported in war-torn Sudan, the jungles of Borneo, and the ice fields of Alaska. He currently resides in Massachusetts with his wife.