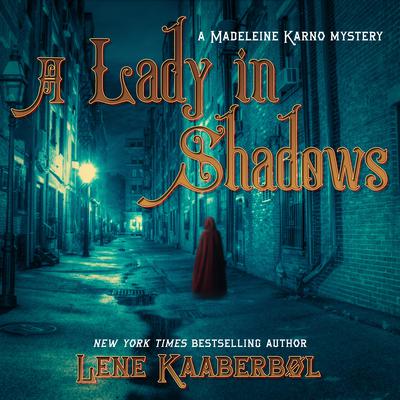 A Lady in Shadows: A Madeleine Karno Mystery

By Lene Kaaberbøl , with Elisabeth Dyssegaard
Read by Nicola Barber

On June 2nd, 1894, in the wake of President Marie Francois Sadi Carnot's assassination, France descends into chaos and riots in the streets of Varbourg. Many lives are lost in the mayhem, but when one lady of the night is found murdered with brutal incisions and no sign of a struggle, it is clear something is amiss. Madeleine Karno, the tenacious protagonist from Doctor Death, must ask herself the terrifying question: Do they have their very own Jack the Ripper in France?

Madeleine is no stranger to cases such as this. Though she is a woman in forensic pathology (a career that is considered unseemly even for a man), her recent work with a string of mysterious deaths has earned her some semblance of respect—she has even become the first female student to gain admission to the University of Varbourg. But there's only so much her physiology courses can do to help her uncover the mysteries of a mad scientist's brutal murders. Madeleine must do whatever it takes—investigate the darkest corners of the city and even work under cover—to track down a murderer at large. But if there's one thing the press has right about "Mademoiselle Death," it's this: it takes a woman to find a killer of women.

Lene Kaaberbøl and Agnete Friis are the Danish duo behind the Nina Borg series. Friis is a journalist by training, while Kaaberbøl has been a professional writer since the age of fifteen, with more than two million books sold worldwide. Their first collaboration, The Boy in the Suitcase, was a New York Times and USA Today bestseller and has been translated into twenty-seven languages.