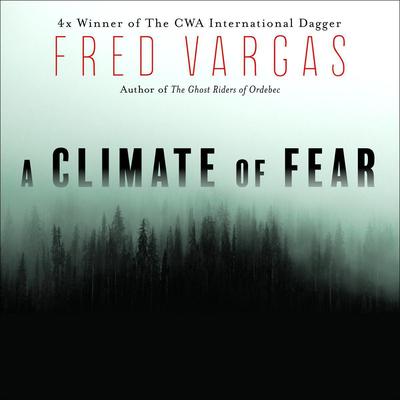 A Climate of Fear

A woman is found murdered in her bathtub, and the murder has been made to look like a suicide. But a strange symbol found at the crime scene leads the local police to call Commissaire Adamsberg and his team.

When the symbol is found near the body of a second disguised suicide, a pattern begins to emerge: both victims were part of a disastrous expedition to Iceland over ten years ago where a group of tourists found themselves trapped on a deserted island for two weeks, surrounded by a thick, impenetrable fog rumored to be summoned by an ancient local demon. Two of them didn't make it back alive. But how are the deaths linked to the secretive Association for the Study of the Writings of Maximilien Robespierre? And what does the mysterious symbol signify?

Fred Vargas was born in Paris in 1957. A historian and archaeologist by profession, she is now a bestselling novelist. Vargas was the winner of the inaugural British Crime Writers’ Association Duncan Lawrie International Dagger for her novel The Three Evangelists. Her books have sold over 10 million copies worldwide and have been translated into 45 languages.