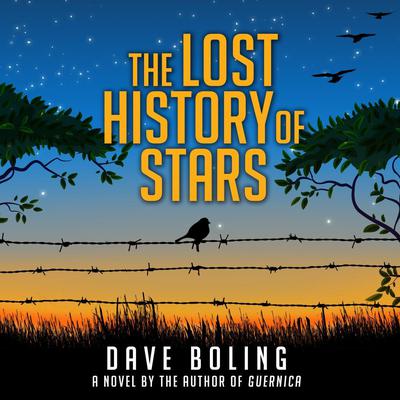 The Lost History of Stars: A Novel

In turn-of-the-century South Africa, fourteen-year-old Lettie, her younger brother, and her mother are Dutch Afrikaner settlers who have been taken from their farm by British soldiers and are being held in a concentration camp. It is early in the Boer War, and Lettie's father, grandfather, and brother are off fighting the British as thousands of Afrikaner women and children are detained. The camps are cramped and disease ridden; the threat of illness and starvation are ever present. Determined to dictate their own fate, Lettie and her family give each other strength and hope as they fight to survive amid increasingly dire conditions.

Brave and defiant, Lettie finds comfort in memories of stargazing with her grandfather, in her plan to be a writer, and in surprising new friendships that will both nourish and challenge her. A beautiful testament to love, family, and sheer force of will, The Lost History of Stars was inspired by Dave Boling's grandfather's own experience as a soldier during the Boer War. Lettie is a figure of abiding grace, and her story is richly drawn and impossible to forget.

Dave Boling, a veteran columnist for the Tacoma News Tribune, has provided coverage and commentary on sports since 1980. In 1998, he was honored as the top sports columnist in the Pacific Northwest. Boling has covered Super Bowls, Final Fours, and the Olympics. He is the author of Tales from the Gonzaga Hardwood and coauthor of Jim Walden’s Tales from the Washington State Cougars Sideline.