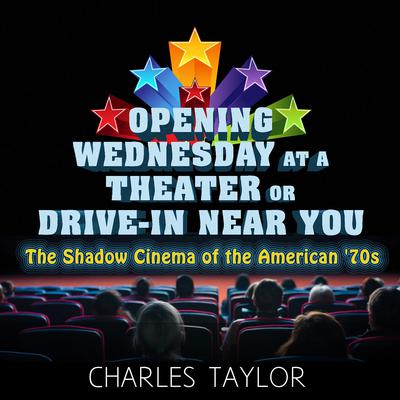 Opening Wednesday at a Theater Or Drive-In Near You: The Shadow Cinema of the American '70s

By Charles Taylor
Read by A. T. Chandler

When we think of '70s cinema, we think of classics like The Godfather and Taxi Driver . . . but the riches found in the overlooked B movies of the time, rolled out wherever they might find an audience, unexpectedly tell an eye-opening story about post-Watergate, post-Vietnam America. Revisiting the films that don't make the Academy Award montages, Charles Taylor finds a treasury many of us have forgotten, movies that in fact "unlock the secrets of the times."

Celebrated film critic Taylor pays homage to the trucker vigilantes, meat magnate pimps, blaxploitation "angel avengers," and taciturn factory workers of grungy, unartful B films such as Prime Cut, Foxy Brown, and Eyes of Laura Mars. He creates a compelling argument for what matters in moviemaking and brings a pivotal American era vividly to life in all its gritty, melancholy complexity.