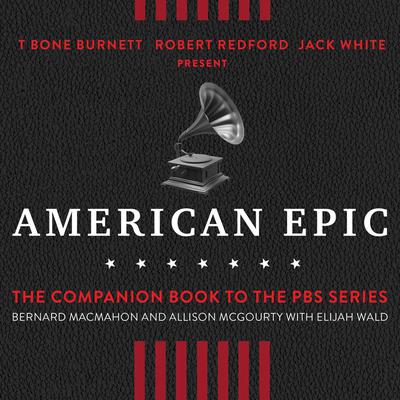 The companion book to the groundbreaking PBS and BBC documentary series celebrating the pioneers and artists of American roots music—blues, gospel, folk, Cajun, Appalachian, Hawaiian, Native American—without which there would be no jazz, rock, country R&B, or hip hop today.

In the 1920s and 1930s, as radio took over the pop music business, record companies were forced to leave their studios in major cities in search of new styles and markets. Ranging the mountains, prairies, rural villages, and urban ghettos of America, they discovered a wealth of unexpected talent—farmers, laborers, and ethnic minorities playing styles that blended the intertwining strands of Europe, Africa, Asia, and the Americas. Fortunately, thanks to the continuing efforts of cultural detectives and record devotees, the stories of America's earliest musicians can finally be told.

Bernard MacMahon and Allison McGourty spent years traveling around the US in search of recollections of those musical pioneers. Their fascinating account, written with the assistance of Elijah Wald, continues the journey of the series and features additional stories.

Elijah Wald wrote the acclaimed study of blues legend Robert Johnson, Escaping the Delta. He also wrote the biography Josh White: Society Blues and Narcocorrido: A Journey into the Music of Drugs, Guns, and Guerrillas. He lives in Los Angeles.