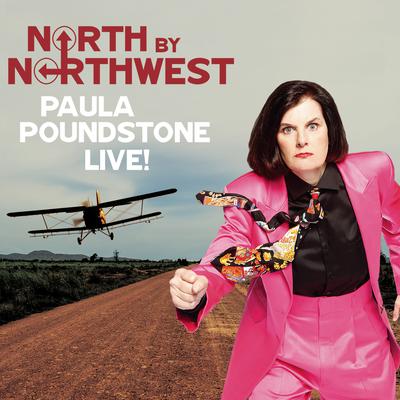 Award-winning comedian Paula Poundstone is legendary for her spontaneous wit and razor-sharp humor. She is a popular panelist on NPR's Wait Wait . . . Don't Tell Me! and tours regularly, keeping audiences laughing in her one-woman shows. In North by Northwest, Paula is at her best in two memorable performances, one recorded in Bayfield, Wisconsin, at Lake Superior Big Top Chautauqua and the other at the historic Aladdin Theater in Portland, Oregon. Join Paula Poundstone in her element: sharing too much information, telling unpredictable stories, and interacting with her audience with a spontaneity that is considered without peer. Says Paula about her first double live CD, "Laughter is the best medicine, and I prescribe two CDs when symptoms occur."

Paula Poundstone is an author and popular panelist on NPR’s weekly comedy quiz program Wait Wait … Don’t Tell Me! She tours regularly, performing stand-up comedy throughout the country. She was the first woman ever to share the stage with the president as host at the White House correspondents’ dinner. She has had numerous HBO specials, starred in her own series on HBO and ABC, is included in Comedy Central’s list of Top 100 Comics of All Time, and has won an American Comedy Award. She is the national spokesperson for the American Library Association’s United for Libraries Volunteer Network.