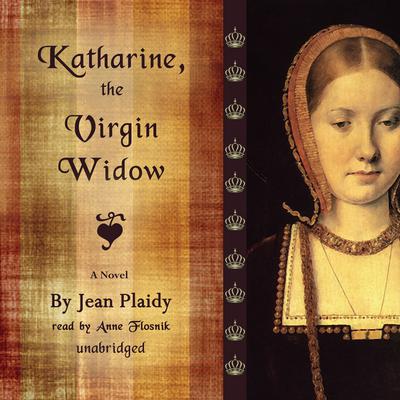 Katharine, the Virgin Widow: A Novel

The Katharine of Aragon Trilogy: Book 1

In the eyes of the world, Katharine of Aragon was a precious object to be disposed of for the glory of Spain. Her parents, Queen Isabella and King Ferdinand, send her to England to become the bride of Arthur, Prince of Wales. But soon her frail husband was dead, and a fateful question loomed: Was the marriage consummated, or was the young widow still a virgin? On that delicate point hinged Katharine's—and England's—future. Meanwhile, waiting in the wings was her willful, handsome brother-in-law, bold Prince Henry, who alone had the power to restore Katharine's lost position—but at what cost?

Jean Plaidy's narrative genius sparkles in this story of a remarkable royal marriage that inspired some of history's bloodiest deeds.

Jean Plaidy, one of the preeminent authors of historical fiction for most of the twentieth century, is the pen name of the prolific English author Eleanor Hibbert, also known as Victoria Holt. Jean Plaidy’s novels had sold more than 14 million copies worldwide by the time of her death in 1993.