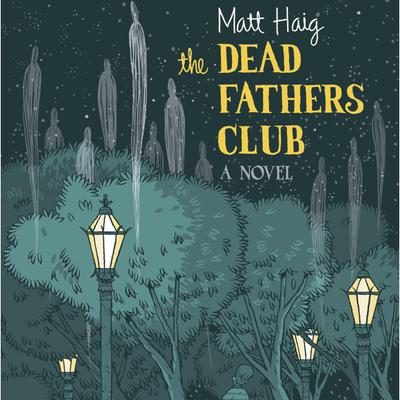 Eleven-year-old Philip Noble has a big problem. His dad has appeared to him as a member of the Dead Fathers Club, a club for "ghost dads" whose murders are unavenged. His father's road accident, it turns out, was no accident at all.

Uncle Alan is responsible for his dad's death, and if Philip doesn't succeed in killing his uncle before his dad's birthday, just ten weeks away, his dad's spirit will never rest.

So begins Philip's quest to avenge his dad and to save his mum from the greasy clutches of Uncle Alan, who seems intent on taking his dad's place in their lives. But Philip finds himself both uneasy of his mission and distrustful of the ghost that claims to be his father. Plus, he's distracted by Leah Polonius, the gorgeous daughter of Uncle Alan's Bible-bashing business partner. What's a young lad to do?

The Dead Fathers Club gives more than a nod towards Hamlet. Hilarious and unpredictable, The Dead Father's Club is full of poignant insights into the strange workings of the world as seen through the eyes of a child.

Matt Haig is the author of the internationally bestselling memoir Reasons to Stay Alive, along with five novels, including How to Stop Time, and several award-winning children's books. His work has been translated into more than thirty languages.