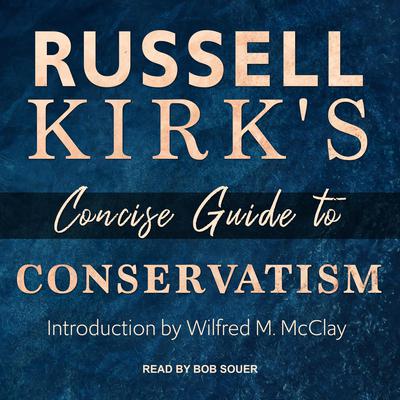 Now, a century after its author's birth, this neglected gem has been recovered. It remains what Kirk intended it to be: an accessible introduction to conservative ideas, especially for the young. With a new title and an introduction by the eminent intellectual historian Wilfred M. McClay, Russell Kirk's Concise Guide to Conservatism arrives with uncanny timing. The movement that Kirk defined in 1953 is today so contested and fragmented that no one seems able to say with confidence what conservatism means.

This book, as fresh and prophetic as the day it was published sixty years ago, is a reminder that no one can match Russell Kirk in engaging people's minds and imaginations—an indispensable task in reviving our civilization.

Russell Kirk (1918–1994), historian of ideas, critic, essayist, editor, and novelist, was the author of thirty-two books. Among them are The Roots of American Order, The Politics of Prudence, Enemies of the Permanent Things, and six works of fiction. He received twelve honorary doctorates from American universities and many awards, including the Presidential Citizens Medal.