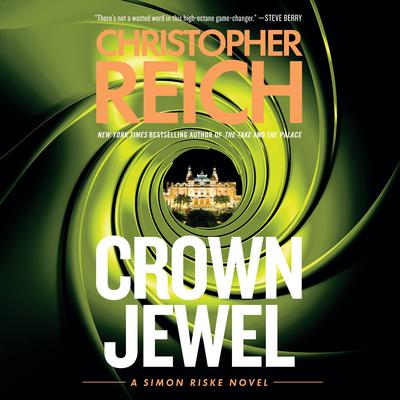 Monte Carlo's most lavish casinos have become the targets of an efficient, brutal, and highly successful group of criminal gamblers; a casino dealer has been beaten to death; a German heiress's son has been kidnapped. Who better to connect the crimes, and foil the brilliant plot, than Simon Riske, freelance industrial spy? Riske - part Bond, and part Reacher - knows the area well: it's where as a young man he himself was a thrill-seeking thief, robbing armored trucks through daring car chases, until he was double-crossed, served his time, and graduated as an investment genius from the Sorbonne.

Now Riske is a man who solves problems, the bigger and the "riskier" the better. From the baccarat tables of the finest casinos to the yachts in the marina, to the private jet company that somehow ties these criminal enterprises together, Simon Riske will do what he does best: get in over his head, throw himself into danger, and find some way to out-think and out-maneuver villains of every stripe.

One of the most enjoyable, clever, and entertaining new series to come along in years, this sequel to The Take gives readers what they desire most: a hero we can root for, locales we wish were in, and a plot that never lets up.