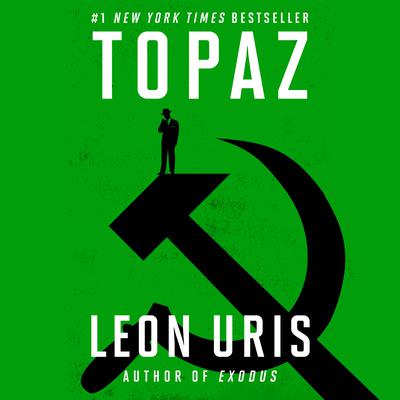 A #1 New York Times bestseller, Topaz follows French intelligence chief André Devereaux and NATO intelligence chief Michael Nordstrom. On the eve of the Cuban Missile Crisis in Paris, 1962, Devereaux and Nordstrom uncover Soviet plans to ship nuclear arms. But when nobody acts after sharing his findings, Devereaux becomes the target of an assassination attempt and soon realizes the plot extends far beyond Cuba—and himself. A thrilling and well-paced novel filled with Cold War intrigue, Topaz features two agents on a journey around the world to save NATO and themselves. A subsequent film based on the novel was directed by Alfred Hitchcock and released in 1969.

“A master at weaving historical fact and fiction.” —USA Today

“Good Uris beats the best of John Grisham or Tom Clancy any time.” —Fort Worth Star-Telegram