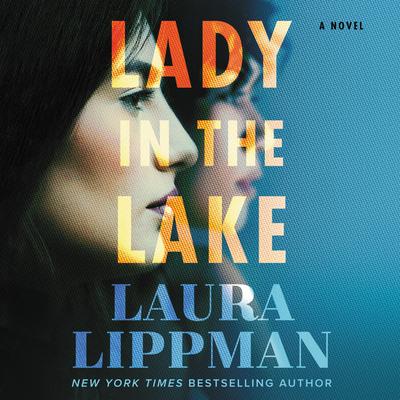 Lady in the Lake: A Novel

Shortlisted for the Macavity Award

A 2020 Audie Award Finalist for Best Narration in Thrillers & Suspense

The revered New York Times bestselling author returns with a novel set in 1960s Baltimore that combines modern psychological insights with elements of classic noir, about a middle-aged housewife turned aspiring reporter who pursues the murder of a forgotten young woman. In 1966, Baltimore is a city of secrets that everyone seems to know—everyone, that is, except Madeline “Maddie” Schwartz. Last year, she was a happy, even pampered housewife. This year, she’s bolted from her marriage of almost twenty years, determined to make good on her youthful ambitions to live a passionate, meaningful life.

Maddie wants to matter, to leave her mark on a swiftly changing world. Drawing on her own secrets, she helps Baltimore police find a murdered girl—assistance that leads to a job at the city’s afternoon newspaper, the Star. Working at the newspaper offers Maddie the opportunity to make her name, and she has found just the story to do it: a missing woman whose body was discovered in the fountain of a city park lake.

Cleo Sherwood was a young African-American woman who liked to have a good time. No one seems to know or care why she was killed except Maddie—and the dead woman herself. Maddie’s going to find the truth about Cleo’s life and death. Cleo’s ghost, privy to Maddie’s poking and prying, wants to be left alone.

Maddie’s investigation brings her into contact with people that used to be on the periphery of her life—a jewelery store clerk, a waitress, a rising star on the Baltimore Orioles, a patrol cop, a hardened female reporter, a lonely man in a movie theater. But for all her ambition and drive, Maddie often fails to see the people right in front of her. Her inability to look beyond her own needs will lead to tragedy and turmoil for all sorts of people—including the man who shares her bed, a black police officer who cares for Maddie more than she knows.

“Lippman’s always good, but this is a cut above.” —Stephen King, #1 New York Times bestselling author
“Part thriller, part love letter to journalism…Lippman balances a great mystery with the story of an independent woman.” —New York Times Book Review
“Lady in the Lake is aching, thoughtful, and compulsively readable.” —Vanity Fair
“Inspired by the unsolved death of Shirley Parker…Lippman’s ambitious novel weaves some twenty points of view into a seamless, vivid whole. The novel demonstrates that Lippman, a former Baltimore Sun reporter, is both a skilled journalist and a masterful novelist.” —Washington Post
“Lippman’s fans will devour this sophisticated crime novel, which captures the era’s zeitgeist while painting a striking portrait of unapologetic female ambition.” —Publishers Weekly (starred review)
“The story is bigger than the crime, and the crime is bigger than its solution, making Lippman’s skill as a mystery novelist work as icing on the cake.” —Kirkus Reviews (starred review)
“A superb character study, a terrific newspaper novel, and a fascinating look at urban life and racial discrimination in the ’60s.” —Booklist (starred review)
“Lippman explores the world of women in journalism and life in Baltimore in this panoramic 1960s-set mystery.” —BookPage

Laura Lippman is a New York Times bestselling novelist who has won more than twenty awards for her fiction, including the Edgar Award—and been nominated for thirty more. Since her debut in 1997, she has published twenty-one novels, a novella, a children’s book, and a collection of short stories. Her books have been translated into over twenty languages. Laura lives in Baltimore with her husband, David Simon, and their daughter.