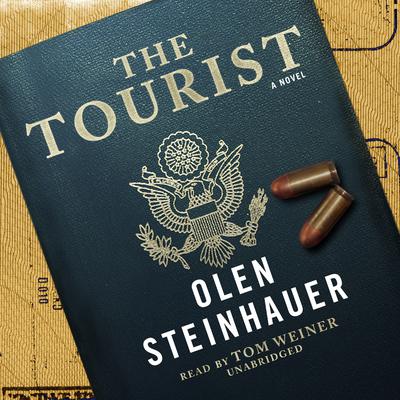 “There are tourists from all over the world. Most of them want to kill you.”—The Black Book of Tourism

In this contemporary international thriller that is reminiscent of John le Carré and Graham Greene, Milo Weaver has tried to leave his old life of secrets and lies behind by giving up his job as a “tourist” for the CIA—an undercover agent with no home, no identity—and working a desk at the CIA’s New York headquarters. But staying retired from the field becomes impossible when the arrest of a long-sought-after assassin sets off an investigation into one of Milo’s oldest colleagues and friends. Soon Milo is drawn into a conspiracy that links riots in the Sudan, an assassin committing suicide, and an old friend who’s been accused of selling secrets to the Chinese. With new layers of intrigue being exposed in his old cases, and with the CIA and Homeland Security after him, he has no choice but to go back undercover and find out who’s been pulling the strings once and for all.

In The Tourist, Olen Steinhauer—twice nominated for the Edgar Award—tackles an intricate story of betrayal and manipulation, loyalty and risk, in an utterly compelling novel that is both thoroughly modern and yet also reminiscent of the espionage genre’s most touted luminaries.

“A first-class spy novel—wry, intelligent, layered…the kind of thing John le Carré might have written if he knew then what we know now.” —Lee Child
“As for Mr. Steinhauer, the two-time Edgar Award nominee who can be legitimately mentioned alongside John le Carré, he displays a high degree of what Mr. le Carré’s characters like to call tradecraft. If he’s as smart as The Tourist makes him sound, he’ll bring back Milo Weaver for a curtain call.” —New York Times
“An outstanding stand-alone, a contemporary spy thriller…While plenty of breathtaking scenes in the world’s most beautiful places bolster the heart-stopping action, the real story is the soul-crushing toil the job inflicts on a person who can't trust anyone, whose life is a lie fueled by paranoia.” —Publishers Weekly (starred review)
“Narrator Tom Weiner gives Milo the gravitas of a man disillusioned by an amoral world. Milo faces danger, deception, and death at every turn, and Weiner makes it plausible…As well as handling Steinhauer’s mind-boggling pacing and serpentine plotting, Weiner turns secondary characters into individuals…A super spy thriller.” —AudioFile
“[Weaver] is the perfect hero for such a richly nuanced tale.” —Booklist (starred review)
“Superbly accomplished…Highly recommended.” —Library Journal (starred review)
“Tom Weiner enhances this wild ride through his fully-voiced presentation, giving each character a distinct identity, while using a brisk, matter-of-fact tone for the bridging narration.” —Library Journal