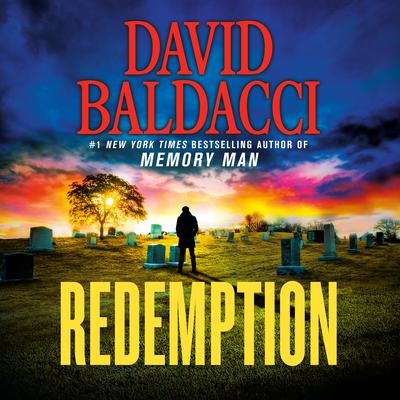 By David Baldacci
Read by Kyf Brewer  and Orlagh Cassidy

A #1 iBooks bestseller in audiobooks

Detective Amos Decker discovers that a mistake he made as a rookie detective may have led to deadly consequences in this compelling Memory Man thriller by #1 New York Times bestselling author David Baldacci.

#1 most popular audiobook in public libraries in 2019

Most popular fiction audiobook on Apple Books in 2019

Decker is visiting his hometown of Burlington, Ohio, when he's approached by a man named Meryl Hawkins. Hawkins is a convicted murderer. In fact, he's the very first killer Decker ever put behind bars. But he's innocent, he claims. Now suffering from terminal cancer, it's his dying wish that Decker clear his name.

It's unthinkable. The case was open and shut, with rock solid forensic evidence. But when Hawkins turns up dead with a bullet in his head, even Decker begins to have doubts. Is it possible that he really did get it wrong, all those years ago?

Decker's determined to uncover the truth, no matter the personal cost. But solving a case this cold may be impossible, especially when it becomes clear that someone doesn't want the old case reopened. Someone who is willing to kill to keep the truth buried, and hide a decades-old secret that may have devastating repercussions . . .

“Amos Decker is an amazing character. Reading how Decker journeys from hitting rock bottom to finding ultimate redemption is nothing short of rewarding.” —Associated Press
“A star performance by Kyf Brewer and Orlagh Cassidy should push this audiobook to the top of every thriller fan’s must list…Brewer owns Decker’s intensity. He gives the character great focus and a steely resolve to find out whether the late Meryl Hawkins, a man he convicted of murdering four people thirteen years earlier, was truly guilty. Cassidy tackles every female character with precision and care. Her take on Mary Lancaster, Decker’s former partner, showcases her abilities with the pregnant pause and perfect pacing. Together they create a presentation second to none and provide supercharged entertainment. Winner of the AudioFile Earphones Award.” —AudioFile