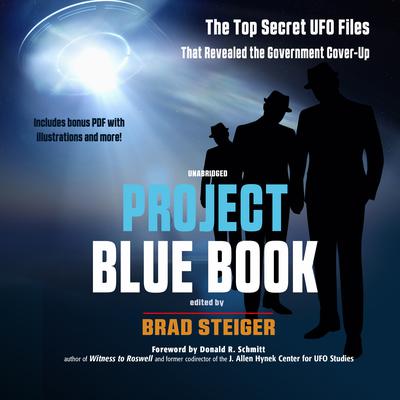 Throughout the 1950s and 1960s, while publicly dismissing the existence of UFOs, the United States Air Force (USAF) was engaged in a secret program for evaluating every report of unidentified flying objects. Under the code name Project Blue Book, the Air Force analyzed over 13,000 incidents. The goal of this enterprise was threefold: To determine the cause for each UFO sighting, to assess the security threat for each incident, and to determine how the United States could obtain or create the technology used by UFOs.

Based on secret files obtained through the Freedom of Information Act, this book includes accounts of seven of the most important USAF inquiries—among them the story of the nights the White House was buzzed by UFOs, the mystery of the Lubbock Lights, the full story of Captain Mantell, Ufology’s first martyr, and the startling conversion of the prominent astronomer J. Allen Hynek from UFO skeptic to believer.

This startling and fascinating book uncovers not only the anatomy of a government cover-up but also provides stark and chilling evidence that we are not alone. It is all here, government documents and the testimony of scientists, the military, pilots, and citizens all over the country who have witnessed UFOs.