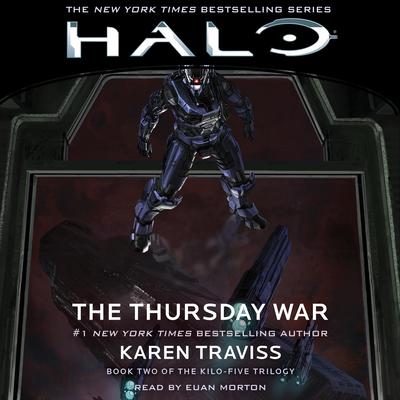 The second novel of the Kilo-Five Trilogy by #1 New York Times bestselling author Karen Traviss—part of the expanded universe based on the award-winning video game series Halo!

2553. Welcome to humanity’s new war: silent, high stakes, and unseen. This is a life-or-death mission for the Office of Naval Intelligence’s black-ops team, Kilo-Five, which is tasked with preventing the ruthless Sangheili, once the military leaders of the alien alliance known as the Covenant, from regrouping and threatening humankind again. What began as a routine dirty-tricks operation—keeping the Sangheili occupied with their own insurrection—turns into a desperate bid to extract one member of Kilo-Five from the seething heart of a brutal civil war. But troubles never come singly for Kilo-Five. Colonial terrorism is once again surfacing on one of the human worlds that survived the war against the Covenant, and the man behind it is much more than just a name to Spartan Naomi-010. Meanwhile, the treasure trove of Forerunner technology recovered from the Forerunner shield world of Onyx is being put to work, even as a kidnapped Sangheili plots vengeance on the humans he fears will bring his people to the brink of destruction…

“[Traviss] has a handle on how teams work and that elevates her stories beyond simple tales of blood, guts, and glory.” —SFRevu