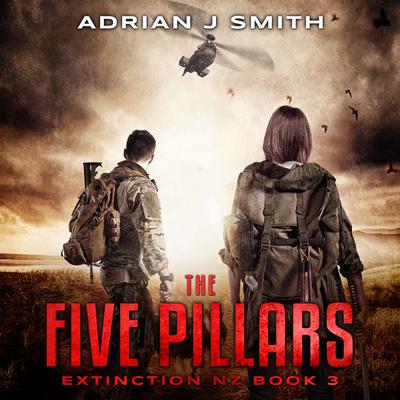 Can anything or anyone stop the evil?

Lost. Trapped. Chased by monsters and sent on a crazy mission. Not exactly what Jack Gee had in mind when he used to daydream about the apocalypse.

Seven months after the Hemorrhage Virus swept across the world Jack, his wife Dee, friend Boss and the Renegades, a ragtag collection of civilian and military personnel, have been sent on two missions. Jack likes the first. Recon. The second is insane. Re-enter the laboratory they barely escaped from a few months back and retrieve a logbook, a logbook that could provide the cure to end the madness.

Through the chaos, old friendships are tested and new alliances are formed, but new and dangerous enemies emerge in the fight for the future of New Zealand.

Adrian J. Smith is the author of the Extinction NZ trilogy and the Nameless series. As well as writing, for the last fifteen years he has run his own successful painting and decorating business. A self-confessed book and movie geek, Adrian lives in Hamilton, New Zealand, and when he isn’t working his day job or writing, he can be found wandering the mountains, swimming, quizzing, watching movies, and of course reading.