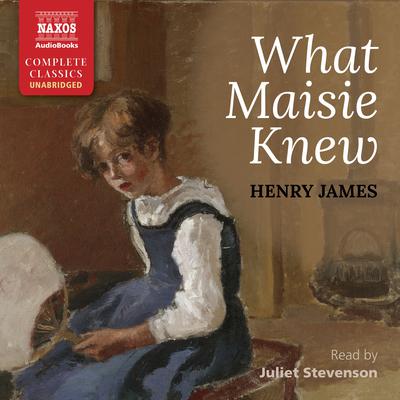 Following a violent and messy divorce, young Maisie Farange floats back and forth between her parents, Beale and Ida, who use her as a weapon to torment each other in their on-going, internecine war. Eventually the parents remarry, and it becomes clear that the new spouses care more for Maisie than her own parents. Beale and Ida soon embark on a series of extramarital affairs, leaving Maisie in the care of the new step-parents, who begin their own affair with each other. What Maisie Knew is a remarkable tour de force from James’s late-middle period, and an insightful look at the psyche of a child who is thrust into the adult world of drama and failed relationships.