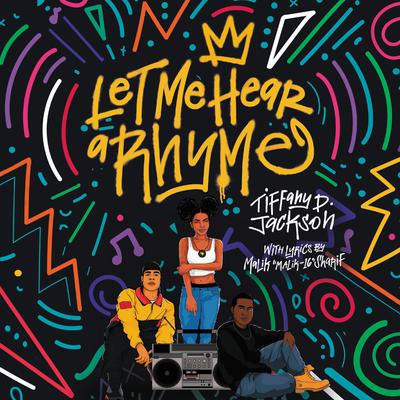 Let Me Hear a Rhyme

In this striking new novel by the critically acclaimed author of Allegedly and Monday’s Not Coming, Tiffany D. Jackson tells the story of three Brooklyn teens who plot to turn their murdered friend into a major rap star by pretending he's still alive.

Brooklyn, 1998. Biggie Smalls was right: Things done changed. But that doesn’t mean that Quadir and Jarrell are cool letting their best friend Steph’s music lie forgotten under his bed after he’s murdered—not when his rhymes could turn any Bed Stuy corner into a party.

With the help of Steph’s younger sister Jasmine, they come up with a plan to promote Steph’s music under a new rap name: the Architect. Soon, everyone wants a piece of him. When his demo catches the attention of a hotheaded music label rep, the trio must prove Steph’s talent from beyond the grave.

As the pressure of keeping their secret grows, Quadir, Jarrell, and Jasmine are forced to confront the truth about what happened to Steph. Only, each has something to hide. And with everything riding on Steph’s fame, they need to decide what they stand for or lose all that they’ve worked so hard to hold on to—including each other.

“Each narrator brings a unique and heartbreaking voice to life…The quartet of narrators has such distinct voices that the story plays out like an audio drama. These captivating performances will keep listeners glued to their earbuds. This is an audiobook that begs to be binged.” —AudioFile
“Jackson deftly chronicles the timely story of bold young talent gone too soon and the survivors who struggle to keep it alive…Jackson scores a bull’s-eye with her passionate homage to black city life in the late ’90s, yet it’s her earnest takes on creativity, love, and loss that are timeless.” —Publishers Weekly (starred review)
“For fans of Jackson and realistic fiction, and a must for hip-hop heads, especially those who devoured Angie Thomas’s On the Come Up.” —School Library Journal
“Jackson repeatedly proves that she is a titan among her peers, and her latest novel is no exception…Jackson weaves the three points of view together seamlessly, creating richly drawn and authentically real teens characters. Hip-hop is more than a musical genre; it’s a culture and a way of life. Jackson embraces that truth and explores it with uninhibited style in her new novel.” —Booklist (starred review)
“Exceptional storytelling, well-crafted, true-to-life dialogue, and the richly drawn Brooklyn landscape will draw readers into this fast-paced blend of mystery, budding romance, and social commentary.” —Kirkus Reviews (starred review) 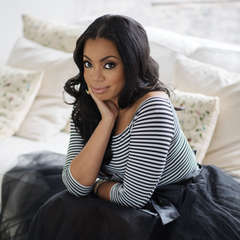 Tiffany D. Jackson is the critically acclaimed author who has won the Walter Dean Myers Honor and Coretta Scott King–John Steptoe New Talent Award. She received her bachelor of arts in film from Howard University, earned her master of arts in media studies from the New School, and has over a decade in television and film experience. You can visit her at www.writeinbk.com.