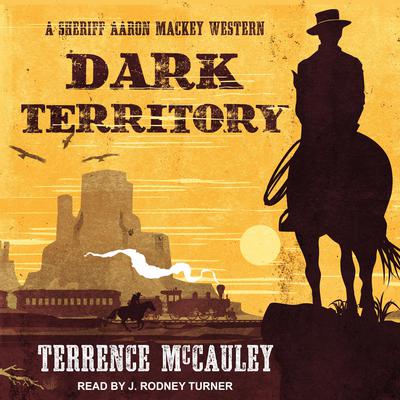 In the boomtown of Dover Station, Montana, tracks have been laid and everyone's looking to make a fortune, lawfully or not. And the law has something to say about it—one bullet at a time . . .

A rash of deadly train robberies has the chief investor of Dover Station feeling itchier than a quick draw without a target. And he wants Sheriff Aaron Mackey to scratch that itch with every bullet his battered badge authorizes him to shoot. When Mackey and his backup gun down four kill-crazy bandits, they uncover a plot cooked up by respected citizens of Dover Station—someone who can pull enough strings to replace Mackey with a disgraced marshal from Texas. Now Mackey's badge may not say much, but his gun defies all fear. Anyone who stands between Mackey and the future of Dover Station is about to become buried in the pages of history . . .