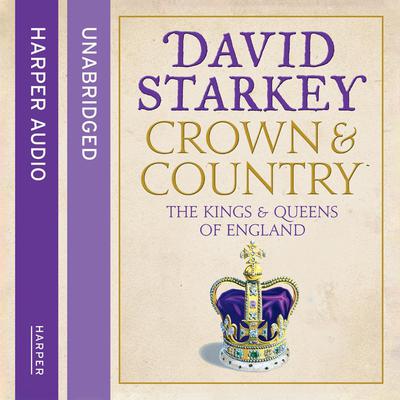 Crown and Country: A History of England through the Monarchy

By David Starkey
Read by Jim Norton  and Tim Pigott-Smith

The monarchy is one of Britain’s longest surviving institutions—as well as one of its most tumultuous and revered. In this masterful book, David Starkey looks at the monarchy as a whole, charting its history from Roman times, to the Wars of the Roses, the chaos of the Civil War, the fall of Charles I, and Cromwell’s emergence as Lord Protector—all the way up until the Victorian era when Britain’s monarchs came face-to-face with modernity.

This brilliant collection of biographies of Britain’s kings and queens provides an in-depth examination of what the British monarchy has meant, what it means now, and what it will continue to mean. Bringing to life a cast of colorful characters, Starkey’s trademark energy and authority make him the perfect guide on this epic, accessible, and compelling journey, as he offers us a vivid portrait of British culture, politics, and nationhood through an institution that has defined the realm for nearly two thousand years.