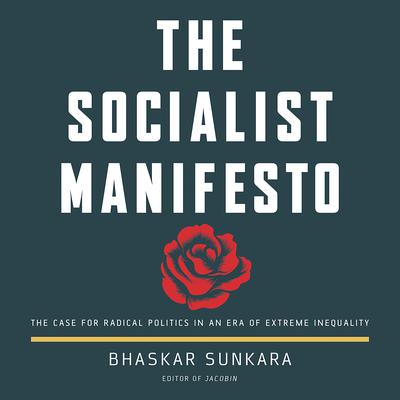 The Socialist Manifesto: The Case for Radical Politics in an Era of Extreme Inequality

From one of the most prominent voices on the American Left, a galvanizing argument for why we need socialism in the United States today

The success of Bernie Sanders's 2016 presidential campaign revived a political idea many had thought dead. But what, exactly, is socialism? And what would a socialist system in America look like?

In The Socialist Manifesto, Bhaskar Sunkara explores socialism's history since the mid-1800s and presents a realistic vision for its future. The editor of Jacobin magazine, Sunkara shows that socialism, though often seen primarily as an economic system, in fact offers the means to fight all forms of oppression, including racism and sexism. The ultimate goal is not Soviet-style planning, but to win rights to healthcare, education, and housing, and to create new democratic institutions in workplaces and communities. A primer on socialism for the 21st century, this is a book for anyone seeking an end to the vast inequities of our age.

Bhaskar Sunkara is the founder and editor of Jacobin, which he launched in 2010 as an undergraduate at George Washington University. He has written for The New York Times, Le Monde, VICE, and The Washington Post. Sunkara lives in Brooklyn, New York.