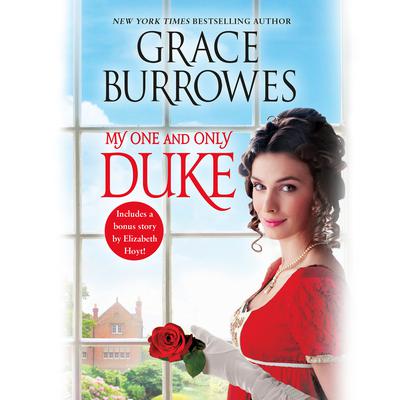 My One and Only Duke

The Rogues to Riches Series: Book 1

Meet the highly unconventional Wentworth family in this charming USA Today bestseller with a Cinderella twist, perfect for fans of Mary Balogh.

A Library Journal Best Book of 2018

Named to BookPage's Best Books of 2018

Named to All About Romance's Best Books of 2018

One minute, London banker Quinn Wentworth is facing execution. The next, he's declared the long-lost heir to a dukedom. Quinn has fought his way up from the worst slums, and now he's ready to use every dirty trick he knows to find the enemy who schemed against him.

Jane Winston, widowed and pregnant, crosses paths with Quinn while her father is preaching to the prisoners. Believing his days are numbered, Quinn offers her marriage as a way to guarantee her independence and provide for her child. Neither thinks they'll actually have a future together.

He's a wealthy gutter rat out for vengeance. She's a minister's daughter who must turn a marriage of desperation into a proper ducal union. Are they doomed from the start or destined for a happily-ever-after?

When his carriage wheel snaps in a snowstorm, Adam Rutledge, Viscount d'Arque, is forced to seek shelter at the home of the most maddening, infuriating, and utterly beguiling woman he's ever met.

"Burrowes is a writer of towering talent." --USA Today Happy Ever After

“A gentle, optimistic Regency morality tale, promoting the value of looking toward the future.” —Publishers Weekly