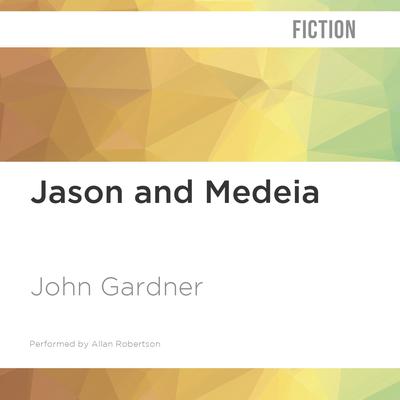 A mythological masterpiece about dedication and the disintegration of romantic affection. In this magnificent epic poem, John Gardner renders his interpretation of the ancient story of Jason and Medeia. Confined in the palace of King Creon, and longing to return to his rightful kingdom Iolcus, Jason asks his wife, the sorceress Medeia, to use her powers of enchantment to destroy the tyrant King Pelias. Out of love she acquiesces, only to find that upon her return Jason has replaced her with King Creon's beautiful daughter, Glauce. An ancient myth fraught with devotion and betrayal, deception and ambition, Jason and Medeia is one of the greatest classical legends, and Gardner's masterful retelling is yet another achievement for this highly acclaimed author.