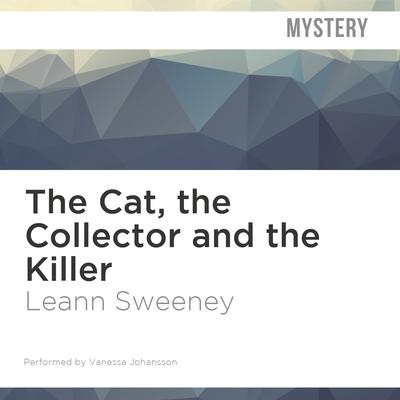 The Cat, the Collector, and the Killer: A Cats in Trouble Mystery

The Cats in Trouble Mysteries: Book 8

In the latest mystery from the New York Times best-selling author of The Cat, the Sneak and the Secret, a cat collector is suspected of murder.

Jillian Hart and police chief Tom Stewart are enjoying peaceful, newly wedded bliss in Mercy, South Carolina, until a woman is found wandering the streets one night. She's in her nightclothes, disoriented, and carrying a kitten in a tote bag. A search of the woman's house reveals many more cats, a maze of cardboard boxes - and a dead man.

Although the evidence suggests the frail woman is the killer, Jillian doesn't believe she's capable of such a crime. The dead man had many enemies in town, which means finding the real murderer may prove to be its own cat and mouse game....

“[Sweeney] flawlessly designs and quilts a cozy mystery that is not only worth reading, it is worth re-reading.” —Open Book Society

Leann Sweeney was born and raised in Niagara Falls. She has a degree from the University of Houston in behavioral science and worked for many years in psychiatry. Currently a school nurse, she began writing about fifteen years ago, fulfilling her lifelong dream. Her short fiction won many awards and several mysteries were published in small market mystery magazines. She lives in Friendswood, Texas with husband Mike and her three cats.