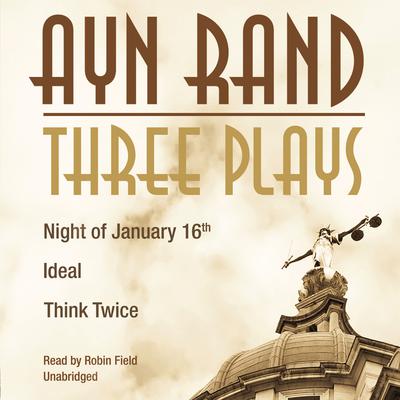 SoundCommentary.com’s The Best of the Best

Published together for the first time are three of Ayn Rand’s compelling stage plays. The courtroom drama Night of January 16th, a 1935 Broadway success famous for leaving the verdict to the audience, is presented here in its definitive, final revised text—a superb dramatization of Rand’s vision of human strengths and weaknesses. Also included are two of Rand’s unproduced plays: Think Twice, a clever philosophical murder mystery, and Ideal, a bitter indictment of people’s willingness to betray their highest values, as symbolized by a Hollywood goddess suspected of a crime and fleeing the authorities.

“Robin Field’s reading is astonishing. If listeners were told that they were listening to a full-cast production, none would doubt it.” —SoundCommentary.com (starred review)