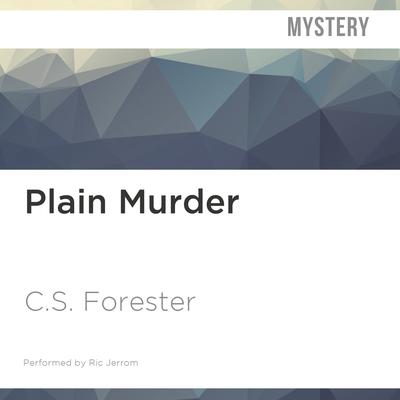 At the Universal Advertising Agency in London a murder is being planned.

Three men have been discovered taking bribes and face the grim prospect of the dole queue, unless they can get rid of the person who caught them. Their ringleader, thick-set and vicious Mr. Morris, soon discovers that killing is far easier than he thought - and that he even has a talent for it. He might, he feels, be superhuman. But as he will discover, there is no such thing as the perfect crime, and no deed goes unpunished.

Taking us into a 1920s London of grimy back streets, smoky cafés and shabby rooms, Plain Murder, C. S. Forester's second crime novel, is a brilliantly atmospheric and gripping portrayal of the dark heart of a killer.