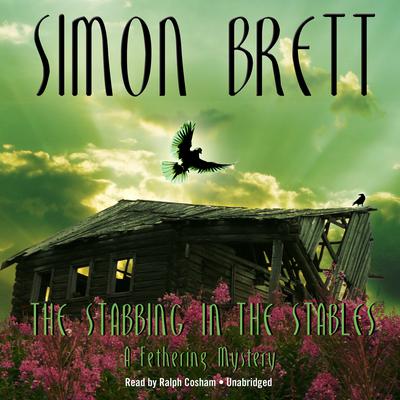 The Stabbing in the Stables: A Fethering Mystery

Fethering’s favorite sleuths are at it again. Jude and Carole Seddon find themselves in the midst of some horseplay after stumbling upon the body of ex-equestrian Walter Fleet at Long Bamber Stables. The police attribute the stabbing death to the mysterious “Horse Ripper,” who’s been mutilating mares across West Sussex and who Walter obviously caught in the act. But considering Walter’s reputation out of the saddle, Jude and Carole find that there are plenty of murder suspects, including Walter’s put-upon wife and more than a few jealous husbands who wanted Walter put out to pasture.

“Simon Brett’s alliterative mysteries, set in the fictional English village of Fethering, are always engaging, even when dealing with such unsavory topics as knife attacks and horse mutilation. The challenge faced by protagonists Carole and Jude is how to solve a murder without any of the resources available to the police. Their strength is that people rarely take middle-aged women seriously. They triumph through doggedness, ingenuity, and sheer nosiness, all lubricated with a lot of Chilean Chardonnay in their local pub.” —AudioFile