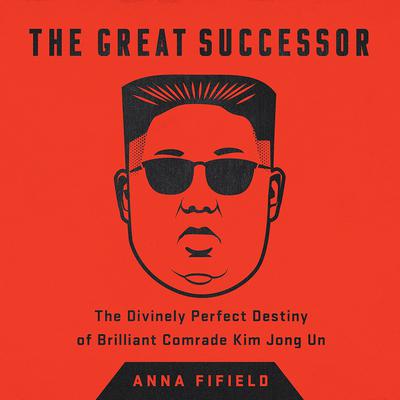 A London Financial Times Books of the Year Selection

The behind-the-scenes story of the rise and reign of the world's strangest and most elusive tyrant, Kim Jong Un, by the journalist with the best connections and insights into the bizarrely dangerous world of North Korea.

Since his birth in 1984, Kim Jong Un has been swaddled in myth and propaganda, from the plainly silly--he could supposedly drive a car at the age of three--to the grimly bloody stories of family members who perished at his command.

Anna Fifield reconstructs Kim's past and present with exclusive access to sources near him and brings her unique understanding to explain the dynastic mission of the Kim family in North Korea. The archaic notion of despotic family rule matches the almost medieval hardship the country has suffered under the Kims. Few people thought that a young, untested, unhealthy, Swiss-educated basketball fanatic could hold together a country that should have fallen apart years ago. But Kim Jong Un has not just survived, he has thrived, abetted by the approval of Donald Trump and diplomacy's weirdest bromance.

Skeptical yet insightful, Fifield creates a captivating portrait of the oddest and most secretive political regime in the world--one that is isolated yet internationally relevant, bankrupt yet in possession of nuclear weapons--and its ruler, the self-proclaimed Beloved and Respected Leader, Kim Jong Un.

Anna Fifield is the Tokyo bureau chief for the Washington Post, focusing on Japan and the Koreas. Previously she worked for the Financial Times for thirteen years. During her time there, she reported from almost twenty countries, from Iran and Libya to North Korea and Australia. During the 2013-2014 academic year, she was a Nieman journalism fellow at Harvard, studying how change happens in closed societies. Her work has appeared in Slate, and she has been a regular commentator on radio and television, including NPR.