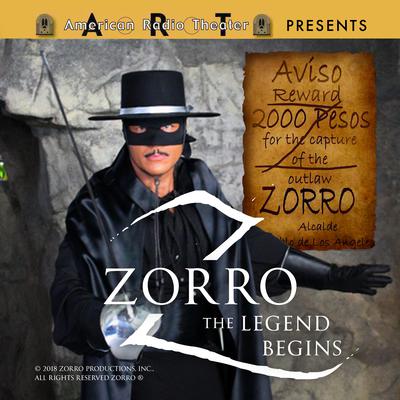 The Pueblo de Los Angeles is under the heel of a dictatorial Alcalde. Luis Miguel Montero is squeezing the life of out the people. No class is exempt. Peons are being beaten and thrown into prison. Indians are being forced into slave labor. And Rancheros are being taxed out of existence. Conditions are intolerable! California’s largest landowner, Don Alejandro de la Vega, has grown weary of the situation and has summoned his son Diego home from the University of Madrid to aid him in overthrowing Montero’s oppressive regime. But to his surprise, when Diego arrives, he finds his son uninterested the community’s problems and unwilling to take up arms. However, Diego’s pretense of pacifism is just a ploy to protect his quick-tempered firebrand of a father from the certain destructive retribution challenging the Alcalde’s rule would bring. Rather than face the King’s representative in open rebellion, Diego has devised a plan to rid the pueblo of this tyrant. By day he is a man of books—interested only in painting, poetry, music, and science. But at night, Diego rides as the masked hero Zorro fighting cruelty and injustice. For Zorro to end this reign of terror, he must outwit the scheming Montero and avoid being captured by Sergeant Garcia, Corporal Reyes, and the rest of the pueblo’s Lancers.

Zorro: The Legend Begins is a fun action-packed swashbuckling adventure dramatized from an original story and based on characters and situations created by Johnston McCulley. American Radio Theater brings to life a delightfully enjoyable tale that every Zorro fan is sure to enjoy.

Daryl McCullough is a writer, producer, radio drama enthusiast, indie filmmaker, and Zorro aficionado. For over a decade he has been the driving force behind Zorro’s return to the world of full-cast audio drama and audiobooks. He has written several original Zorro adventures, worked with multiple audio publishers, radio theater groups and some of Hollywood’s finest talent. As an expert on Zorro, he has been interviewed by various publications and radio shows. He is frequently a guest speaker at nostalgia and western conventions across North America. Additionally, he provides social media marketing for actors, artists and movie makers.

Joy Jackson is a writer, director, and producer of audio drama (radio drama) in the United States. In 2004, she co-founded American Radio Theater in Seattle, Washington. Through ART she strives to promote the creative art and technical craft of audio theater and to preserve the history of radio as exemplified by network radio programming of the 1940s. She has re-created hundreds of lost old-time-radio shows and produced numerous newly written audio plays using OTR production values. Her work as an audio dramatist has helped rejuvenate and revitalize interest in radio drama both past and present.