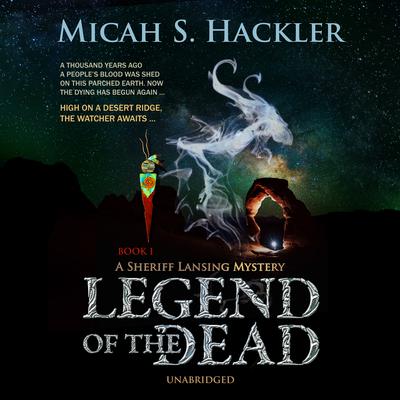 Legend of the Dead

A thousand years ago a people’s blood was shed on this parched earth. Now the dying has begun again.

High on a desert ridge, The Watcher awaits …

The body in the arroyo belonged to a man who’d made his living plundering ancient Indian sites. And the only witness to the crime would not change his story: a demon had killed his friend.

Sheriff Cliff Lansing has an unexplained death on his hands, and it’s only the beginning. In Las Palmas, New Mexico, a U.S. senator is on his way to meet a Zuni shaman who is holding up a land swap involving 150,000 acres in New Mexico and Arizona. Backed by a powerful businessman, the senator intends to push the deal through. But in a long, dark night on the high desert, he is led into a storm of violence and shame.

Now Sheriff Lansing is headed out to the Anasazi Strip, where the truth awaits him—in the swirling dust of magic, greed, and murder.