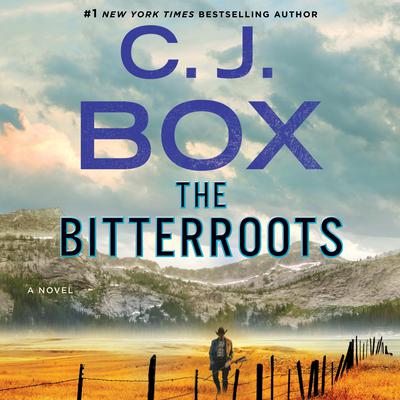 The Bitterroots: A Novel

Among longlisted titles for Kirkus Reviews Best Books of the Year, 2019

"What happens when you combine an acclaimed a C.J. Box novel with a terrific narration? A stellar audiobook like this one, narrated by Christina Delaine." — AudioFile Magazine A riveting new audiobook from New York Times bestselling and Edgar Award-winning author C. J. Box. Former police officer Cassie Dewell is trying to start over with her own private investigation firm. Guilty about not seeing her son and exhausted by the nights on stakeout, Cassie is nonetheless managing...until an old friend calls in a favor: she wants Cassie to help exonerate a man accused of assaulting a young girl from an influential family. Against her own better judgment, Cassie agrees. But out in the Big Sky Country of Montana, twisted family loyalty runs as deep as the ties to the land, and there's always something more to the story. As Cassie attempts to uncover the truth, she must fight against the ghosts of her own past that threaten to pull her back under. With The Bitterroots, master storyteller C. J. Box delivers another audiobook featuring fan favorite Cassie Dewell from the Highway Quartet.

“Another stunning, must-read thriller following one of the genre’s best heroines.” —Real Book Spy
“Box’s characters are well developed, his writing is vivid, the tension runs high, and the plot unfolds at a rapid pace.” —Associated Press
“An appealing new heroine, a fast-moving plot, and a memorably nightmarish family make this one of Box’s best.” —Kirkus Reviews (starred review)
“Outstanding…Vividly etched characters and a realistic plot lift this outing, and the well-done Montana setting is a plus. Box remains at the top of his game.” —Publishers WEekly (starred review)
“Will render readers utterly immobilized until they’ve closed the book…Box has become the dominant mystery/thriller author of the mountain West—and deservedly so.” —Booklist (starred review)
“What happens when you combine an acclaimed C.J. Box novel with a terrific narration? A stellar audiobook like this one, narrated by Christina Delaine…Delaine’s deft ability to use subtle changes in tone and inflection give credibility to the story…Delaine’s spot-on performance ensures that Box’s story and dialogue are as entertaining as ever.” —AudioFile