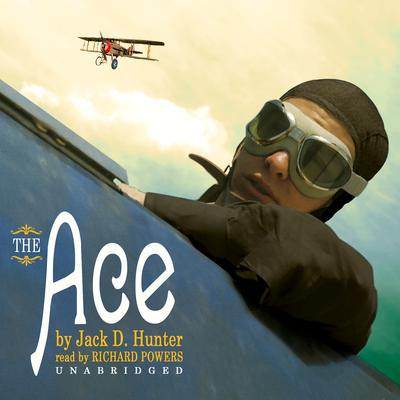 The Ace: A Novel

Four Americans—a twenty-year-old social outcast, a breezily iconoclastic Army officer, a ruthless US senator, and a guilt-ridden heiress—are inexorably drawn together in their struggles to deal with America's chaotic involvement in World War I. Their interwoven destinies lead from poverty-stricken slums through the opulence of 1917–1918 Washington, London, and Paris and, climactically, into the Western Front's vicious aerial combat, which establishes the matrix for all air warfare to come.

“There’s exciting action in the air, to be sure, but Paul Michael Garcia concentrates on the character drama, evolving the voice of John King from that of a thoughtful youth to that of a tortured soul as the war takes its toll on his mind and spirit. Garcia also makes real the corruption and sadness surrounding the wealthy and powerful people who enter King’s life as he becomes a hero. Garcia draws listeners into King’s tragic life and sets them up for a powerful ending.” —AudioFile
“What the jacket doesn’t convey is Hunter’s easy strength of description, evocation of time and place and creation of characters you’ll care about. It’s hard to believe Hunter wasn’t there at the time of this WWI-era book. His ability to draw the pre-war America and its treatment of its own German citizens is a miracle of succinctness. Hunter has a gift for easy storytelling that engages the reader and lets you feel like you know these settings and these people. It’s a rare art.” —Books and Writers Community