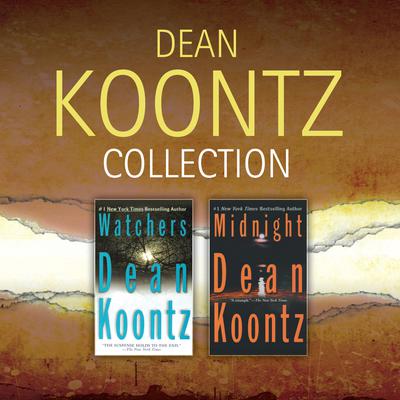 By Dean Koontz
Read by Edoardo Ballerini  and J. Charles

Winner of the 2019 Audie Award for Best Male Narrator

A “superior thriller”(Oakland Press) about a man, a dog, and a terrifying threat that could only have come from the imagination of #1 New York Times bestselling author Dean Koontz—nominated as one of America’s bestloved novels by PBS’s The Great American Read.

On his thirtysixth birthday, Travis Cornell hikes into the foothills of the Santa Ana Mountains. But his path is soon blocked by a bedraggled Golden Retriever who will let him go no further into the dark woods.

That morning, Travis had been desperate to find some happiness in his lonely, seemingly cursed life. What he finds is a dog of alarming intelligence that soon leads him into a relentless storm of mankind’s darkest creation...

In picturesque Moonlight Cove, California, inexplicable deaths occur and spine-tingling terror descends to this "edge of paradise." Growing numbers of residents harbor a secret so dark it is sure to cost even more lives. Tessa Lockland comes to town to probe her sister's seemingly unprompted suicide. Independent and clever, she meets up with Sam Booker, an undercover FBI agent sent to Moonlight Cove to discover the truth behind the mysterious deaths. They meet Harry Talbot, a wheelchair-bound veteran, who has seen things from his window that he was not meant to see. Together they begin to understand the depth of evil in Moonlight Cove. Chrissie Foster, a resourceful eleven-year-old, running from her parents who have suddenly changed and in whom darkness dwells, joins them. Together they make a stand against darkness and terror.