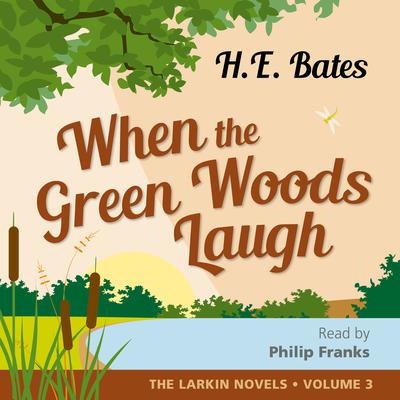 When the Green Woods Laugh

A year has passed and, in this third novel of the Pop Larkin series, Pop Larkin is preparing to build the bungalow he promised Charley and Mariette upon their engagement. He buys a country home slated for demolition, intending to convert it for the two, but it is not long before a London couple persuade him to sell it. Pop, ever the trickster, sells it for an extortionate price as the two social climbers know little about country life. Party-throwing and cocktail-mixing abound until a rocky boat and a misplaced pair of hands have Pop before the local magistrate.

H. E. Bates (1905–1974) was born in Rushden, Northamptonshire. Before becoming a writer, he worked as a reporter and a warehouse clerk. He is best known for his works Love for Lydia, The Darling Buds of May, and My Uncle Silas, all of which have been adapted for television or film.