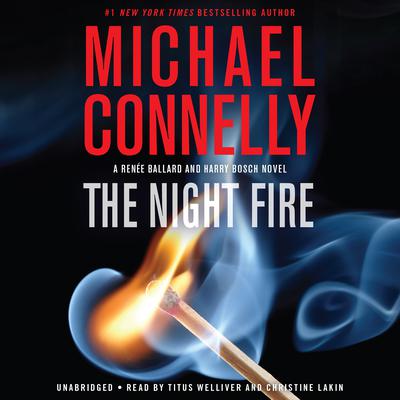 By Michael Connelly
Read by Titus Welliver  and Christine Lakin

The Ballard and Bosch Novels: Book 2

An O Magazine Pick of Best Mystery and Detective Novels

Back when Harry Bosch was just a rookie homicide detective, he had an inspiring mentor who taught him to take the work personally and light the fire of relentlessness for every case. Now that mentor, John Jack Thompson, is dead, and his widow gives Bosch a murder book, one that Thompson took with him when he left the LAPD twenty years before -- the unsolved killing of a troubled young man.

Bosch takes the murder book to Detective Renée Ballard and asks her to help him discover what about this crime lit Thompson's fire all those years ago. As she begins her inqueries -- while still working her own cases on the midnight shift -- Ballad finds aspects of the initial investigation that just don't add up.

The bond between Bosch and Ballard tightens as they become a formidable investigation team. And they soon arrive at a disturbing question: Did Thompson steal the murder book to work the case in retirement, or to make sure it never got solved?

Written with the intense pacing and masterful suspense that have made Michael Connelly "the hard-boiled fiction master of our time" (NPR), The Night Fire continues the unofficial partnership of two fierce detectives determined not to let the fire with burn out.