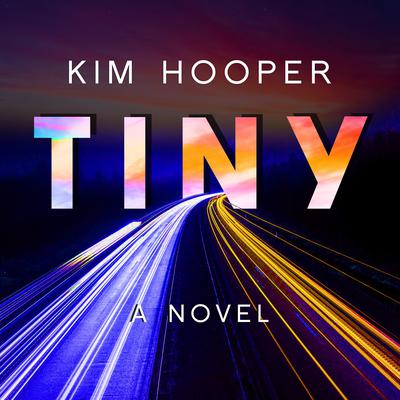 Nate and Annie Forester are faced with every parent's worst nightmare when their three-year-old daughter, Penelope, is hit by a car right before their eyes. In the aftermath of her death, the distance between them grows.

Josh, twenty-two years old—third party to the nightmare—was behind the wheel on the fateful day Penny ran into the middle of the street. Unable to stop thinking about Nate and Annie, Josh has started to stalk them, thinking up ways to approach them and apologize. One morning, he is sitting in his car, in front of their house, when he sees Annie leave, suitcase in tow. Hours later, he witnesses Nate in a frenzy of worry. His wife has disappeared and he is left only with a vague note.

Tiny follows the harrowing journeys of Nate, Annie, and Josh—three people unwillingly tied together by tragedy. There is Nate, staying strong on the surface, but slowly losing his mind as he faces the suspicions of Annie's family and the police in the wake of Annie's disappearance. There is Annie, attempting to start a secret brand new life in a 100-square-foot house in the middle of nowhere. And there is Josh, who desperately wants forgiveness and, ultimately, finds himself responsible for reuniting the people whose lives he changed forever.

Kim Hooper is the author of five novels and two works of nonfiction.