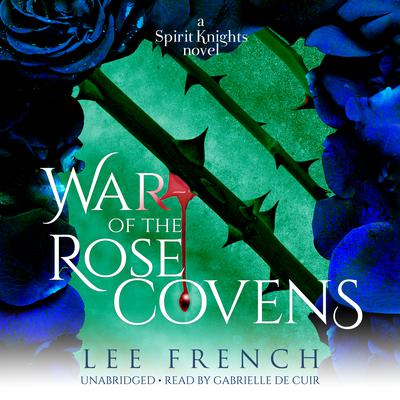 War of the Rose Covens

A standalone novel in the Portland of the Spirit Knights series

Portland has a coven problem. Sixteen-year-old Sophie Harris wishes magic could solve all her problems. It created them, after all. It made her a disappointment, a pathetic waste of space in her mom’s coven. Every time they pat her on the head for being a good little girl, they push her down a little more. She can’t protect herself or help with anything that matters, or so they tell her again and again.

Armed with new friends who care more than her family ever has, Sophie plunges into a quest to prove herself worthy to a mother who can’t see her as anything but a weak child. One way or another, she’s going to try to force her mom to give her the respect her friends want her to believe she deserves. If she’s lucky, the dark secrets kept under lock and key by both of Portland’s covens won’t get in the way. If she’s even luckier, they won’t get anyone killed.

This story takes place after the Spirit Knights series.

Lee French is an author, an avid gamer, and active member of the Myth-Weavers online RPG community, where she is known for her fondness for Angry Ninja Squirrels of Doom. She is best known for her young-adult urban fantasy Spirit Knights series, which includes “War of the Rose Covens,” part of the USA Today bestselling collection Cursed Lands. She is an active member of Science Fiction and Fantasy Writers of America and the Northwest Independent Writer’s Association and a municipal liaison for her NaNoWriMo region.