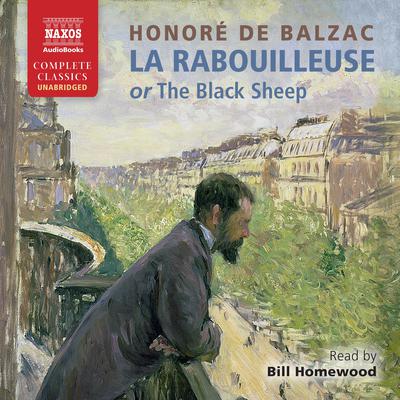 La Rabouilleuse, or The Black Sheep (Also, known as The Two Brothers)

Brothers Philippe and Joseph Bridau are completely unlike each other: Philippe, a once courageous soldier and Napoleon’s former aide-de-camp, is their mother’s favourite, while Joseph, a poor and aspiring artist, is the less favoured of the two. When their mother, Agathe, is reduced to poverty and Philippe amounts gambling debts following unemployment, the family joins together to focus their attentions on Agathe’s brother, Jean-Jacques Rouget, the heir of the family fortune. The struggle for his inheritance pits them against Flore Brazier, ‘La Rabouilleuse’, Jean-Jacques’s maid and the apple of his eye, and her lover Maxence Gilet, a crafty rake who manipulates her for his own financial gain. Philippe’s greed and selfishness emerge in the aftermath, to the devastation of Agathe, but later prove to be his undoing. Also known as The Black Sheep and The Two Brothers, La Rabouilleuse is one of the Scènes de la vie de province in Balzac’s La Comédie humaine.