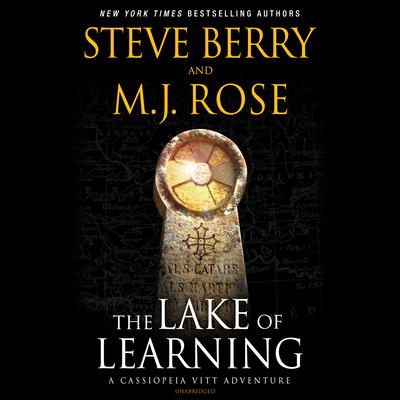 The Lake of Learning: A Cassiopeia Vitt Adventure

For over a decade, Cassiopeia Vitt has been building an authentic French castle, using only materials and techniques from the thirteenth century. But when a treasure is unearthed at the construction site—an ancient book of hours—a multitude of questions are raised, all pointing to an ancient and forgotten religious sect.

Once the Cathars existed all across southern France, challenging Rome and attracting the faithful by the tens of thousands. Eventually, in 1208, the pope declared them heretics and ordered a crusade—the first in which Christians killed Christians—and thousands were slaughtered, with the Cathars all but exterminated. Now a piece of that past has re-emerged, one that holds the key to the hiding place of the most precious object the Cathars possessed. And when more than one person becomes interested in that secret, in particular a thief and a billionaire, the race is on.

From the medieval walled city of Carcassonne to the crest of mysterious Montségur to a forgotten cavern beneath the Pyrenees, Cassiopeia is drawn deeper and deeper into a civil war between two people obsessed with revenge and murder.

M. J. Rose is the USA Today bestselling author of more than a dozen novels. Her novels have been named RT Books Reviews’ Best Historical Fiction and People magazine top picks. The Fox TV series, Past Lives, was based on her novel The Reincarnationist. She is a founding member of International Thriller Writers and the founder of the first marketing company for authors, AuthorBuzz.com.