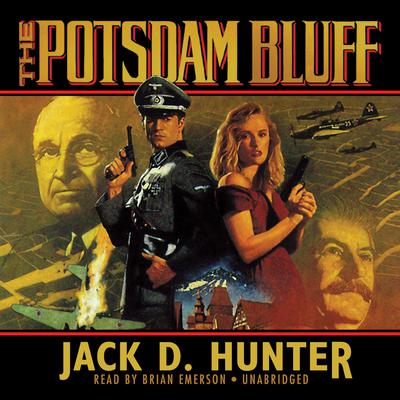 It’s 1945, and Stalin’s army stands poised to conquer Europe. The only way to stop him is for Truman to bluff him down. To make the bluff work, C.G. Brandt, America’s ultra-professional but very human spymaster, is forced to risk everything on Alex Lukas, an undertrained but bilingual secret agent. Lukas must escort a Soviet defector who will parachute into Bavaria with crucial information.

But the defector’s plane crashes; there is a gorgeous Communist spy in the drop area; and Lukas can’t believe the amount of well-armed interest in his movements. Against all odds, Lukas manages to get out with his skin intact. Then he’s given new orders: to proceed to Los Alamos, New Mexico, pick up a crate and deliver it to the Moscow embassy. In the crate is the key to the great bluff—the biggest card in Harry Truman’s hand as he faces off with Joseph Stalin.