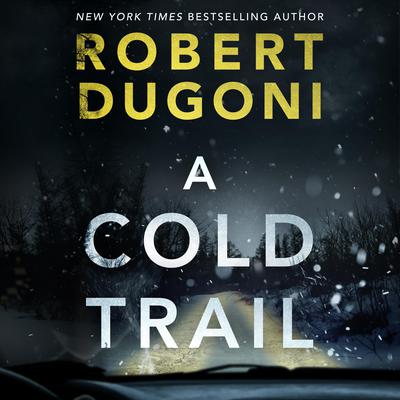 “Tracy Crosswhite is one of the best protagonists in the realm of crime fiction today, and there is nothing cold about A Cold Trail.” —Associated Press

The last time homicide detective Tracy Crosswhite was in Cedar Grove, it was to see her sister’s killer put behind bars. Now she’s returned for a respite and the chance to put her life back in order for herself, her attorney husband, Dan, and their new daughter. But tragic memories soon prove impossible to escape.

Dan is drawn into representing a local merchant whose business is jeopardized by the town’s revitalization. And Tracy is urged by the local PD to put her own skills to work on a new case: the brutal murder of a police officer’s wife and local reporter who was investigating a cold-case slaying of a young woman. As Tracy’s and Dan’s cases crisscross, Tracy’s trail becomes dangerous. It’s stirring up her own haunted past and a decades-old conspiracy in Cedar Grove that has erupted in murder. Getting to the truth is all that matters. But what’s Tracy willing to risk as a killer gets closer to her and threatens everyone she loves?

Dugoni blends the best elements of a classic small town mystery with a legal thriller to craft a compelling tale. His characters and vivid setting drop the reader right into the emotional heart of the story. Tracy Crosswhite is one of the best protagonists in the realm of crime fiction today, and there is nothing cold about A Cold Trail. —Associated Press
“Impressive…Dugoni weaves a compulsively readable tale of love, loss, and greed. Readers will look forward to the further exploits of his sharp-witted detective. —Publishers Weekly (starred review)

Robert Dugoni is the critically acclaimed, bestselling author of the David Sloane series and the Tracy Crosswhite series. His Murder One was a finalist for the Harper Lee Award for literary excellence. He is also the author of several stand-alone novels, and his nonfiction exposé, The Cyanide Canary, was a Washington Post Best Book of the Year selection.