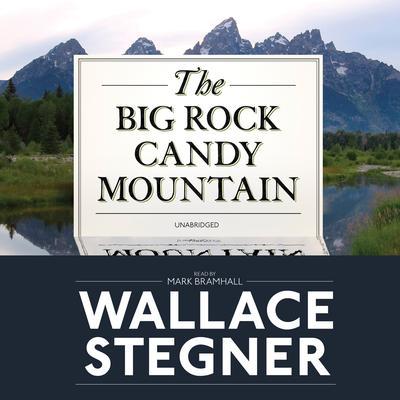 Bo Mason, his wife, and his two boys live a transient life of poverty and despair. Drifting from town to town and from state to state, the violent, ruthless Bo seeks his fortune in the hotel business, in new farmland, and, eventually, in illegal rum-running throughout the treacherous back roads of the American Northwest. Each peak of success takes him a little bit higher, and each valley sinks him lower than ever before—both financially and in his relationship with his family.

Based largely on his own childhood, Stegner has created a masterful, harrowing saga of a family trying to survive during the lean years of the early twentieth century. It is the conflict between the hardscrabble existence and Bo's pursuit of the frontier myth and of the American Dream that gives the book such resonance and power.

“An irreplaceable classic.” —Robert Stone
“Stegner has felt the spell of mountain and prairie, of drought, flood, and blizzard…A harrowing saga.” —New York Times
“Stands out beautifully and unforgettably.” —New Yorker
“The writing is achingly beautiful…A touching story that is narrated brilliantly by Mark Bramhall, who studied acting at Harvard, UC Berkeley, the American Conservatory Theater, and as a Fulbright scholar at the London Academy of Music and Dramatic Art. He has starred in many west-coast productions and has played featured roles in such television series as Alias, NYPD Blue, and The X-Files. Capturing the mid-western twangs of Minnesota and Utah, and reading with an understated emotion, this is a tour de force that will bring tears to the eyes of listeners.” —SoundCommentary.com

Wallace Stegner (1909–1993) wrote many books of fiction and nonfiction, including Crossing to Safety and the National Book Award–winning The Spectator Bird. Angle of Repose won the Pulitzer Prize in 1972. An American historian, novelist, short story writer, and environmentalist, Stegner was often called the “dean of Western writers” and has left a lasting legacy in the literary community.